Work Injury Lawsuits and the Purpose of a Deposition

Work Injury Lawsuit Deposition – Where an attorney is hired for a work injury lawsuit, that lawyer file an Applicant for Adjudication of Claim (just ‘Application’ for short) with the local district office of the Workers’ Compensation Appeals Board (known as the W.C.A.B. for short). Upon the filing of the application with the W.C.A.B., lawyers mail out a copy of the Application and accompanying documents, along with a letter of representation, to the employer’s insurance carrier or third party administrator (the entity that administers the claims of a policy written by an insurance company). Once the court receives the filing, the W.C.A.B. issues a court case number (commonly called an ADJ number) and send out a Notice of Application with that number to the applicant, the applicant’s attorney, and the employer’s workers compensation carrier. This initial process gets all the parties to the legal action informed of the allegations, the venue (which courthouse it is filed at) and the case number. Once all parties are notified and therefore have knowledge of the lawsuit, each party takes its own actions, usually in response to one another in a defensive posture. Very rarely does one side act aggressively or on heavy offense at the very outset of the legal action such as seeking trial without first engaging in some discovery. Most of the time, the insurance company hires a defense workers compensation lawyer to represent its interests at court and engage in the discovery process to find out the strength, nature, and extent of the alleged accident injury (investigative period).

By and on the large, the period of time between the initial filing and the ultimate trial is filled with an investigation time period whereby both sides use discovery tools to flesh out the facts and legal issues involved. In other words, there is a period of time before trial where each side will seek to develop its case and/or defeat the others’. While doing so, both parties attempt to learn the weaknesses and strengths of their and their opponent’s positions. During this time, decisions are made about modifying allegations or adding or deleting parties to the dispute (known as joinder or dismissal of party defendant). Ultimately, and in most claims, the applicant and the defendant come to a settlement that both can live with simply to be done with the litigation altogether. After all, litigation is not a pleasure craft, and most would prefer to go about their days without any involvement with it. But that is not the topic for today. Let’s talk about the deposition, which is one discovery tool (or investigative tool) that is often used to learn the strengths and weaknesses of the other side.

To learn the other parties strengths and weaknesses, the deposition allows one party to ask a witness questions while recorded and under oath. The proceeding is taken prior to trial, to uncover facts about the claim by determining what a witness would testify to should the matter proceed to a hearing before a judge. This is an extremely valuable form of discovery because more often than not, those who testify at trial can be the ones who recreate events for the trier of fact to decide the dispute. By asking questions, a lawyer can learn what their perspective is and whether or not the witness is a credible one that the judge or jury believes (in workplace injury there is no jury. The judge is the trier of fact, meaning that the judge hears the evidence and decides what happened). Credibility is based mainly on whether the person appears to be sincere and knowledgeable. Sincerity can be judged by demeanor and countenance. Knowledge of the incident or issue in question can be judged on the basis of whether the person being deposed has a vivid recollection and whether or not that recollection conforms in whole or in part to other facts known to be true about the claim or scenario at issue in the cause of action.

Once key witness statements are taken, the testimony of all the witnesses taken as a whole can inform the parties as to how the trial probably would be decided. Since all testimony is taken under oath, it is expected that the deponent (person being deposed) tells the whole truth and give their best testimony. Should the witness change their testimony later on a material point, the judge is likely to question the veracity (ability to tell the truth) of the witness and could throw out their testimony altogether. When known facts end up contradicting testimony, it is likely that the attorneys give that testimony less weight in the final analysis. Overall, all key witnesses paint a picture of what the approximate truth is, and this is why it is a powerful discovery tool.

The Deposition Of The Applicant Prior To Trial 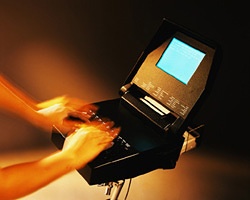 In a significant majority of claims, the most important witness is usually one of the parties to the lawsuit itself. The injured worker likely knows the most about how the accident or hazardous exposure occurred, as well as the nature and extent of the injuries caused by it. Therefore, most defense lawyers assigned to represent the insurance company do in fact call for the deposition of the injured employee. The proceeding usually lasts between 1 to 3 hours (but possibly much longer), depending on the issues involved and the allegations set forth on the claim. During the questioning, the defense attorney seeks to discover how the accident causing the harm occurred and how hurt the employee is from it. In addition, the attorney attempts to discover how credible the witness is as well as whether they have been hurt elsewhere prior to or subsequent to the alleged industrial accident or occupational hazard. To be sure, it is a time when the insurance company can learn a vast amount about the strengths and weaknesses of the applicant’s application for adjudication of the claim. The applicant’s attorney (or AA for short) should take care to prepare their client for questioning by reinforcing the necessity of being honest, and by reviewing important documents and medical reports with the client just prior to the questioning taking place so that their recollection is as clear as possible.

We are focused workers compensation lawyer, calinjurylawyer.com, works diligently to prosecute each of his clients’ claims in an efficient and intelligent fashion. He also takes care to fully prepare clients from day one to testify credibly and confidently about their work accident injury claim in prior to and at trial. The process starts by educating the client on the laws and issues involved. The client is then better equipped to reflect upon and accurately convey their recollection of events to their doctors and to the defense attorney during questioning. If you are not being given guidance direct from a lawyer starting on day 1, you are not receiving adequate legal counsel to increase your chances of winning and maximizing the value of the legal action. We primarily aid folks in San Dimas, Glendora, La Verne, Claremont, Pomona, Chino, West Covina, Upland, Rancho Cucamonga, Azusa, Ontario California, Baldwin Park, Fontana, and Los Angeles. For a free consultation, call us at 844-584-8444, and you get to speak to a local California workers’ compensation lawyer about your accident lawsuit within 24 hours, if not right then and there!

Posted in California Injury Law, Workers Compensation and tagged Deposition, Injury Witness, Testimony, Work Accident Claim, workers compensation lawyer
← What to do when Involved in an Automobile AccidentTime Off Work For A California Job Accident Injury → 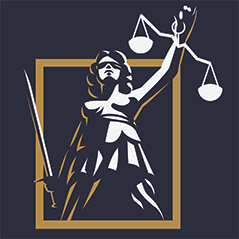